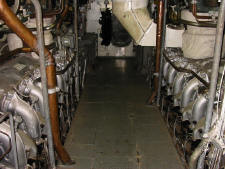 The diesels turned generators which supplied electricity to the electrical motors, which in turn drove the twin screws that provided the Cavalla's propulsion. The power output from the generators could be diverted in degrees to charge the batteries when running on the surface. The controls for charging batteries and engine speed were located in the maneuvering room. 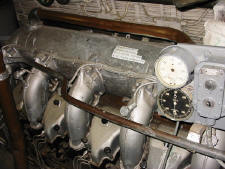 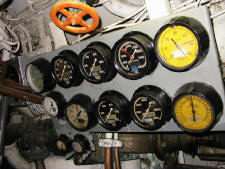 The Cavalla originally had four of these diesels. She could push 20 knots at flank speed. After she was converted to SSK classification, she lost one of the forward diesels.

Moving forward in the boat, you enter the Forward Engine Room.